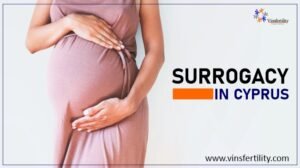 Surrogacy is “the practice whereby one woman carries a child for another with the intention that the child should be handed over after birth[1]”. There are two main forms of Surrogacy:

The process is also known as “Full Surrogacy” or “Gestational Surrogacy”. The surrogate woman has no genetic relationship to the child. In other words, the surrogate is merely a “hostess” for the commissioning couple’s embryo.

As the legal system in Cyprus stands now there are no statutes and/or regulations which regulate surrogacy. Further, there is no licensing scheme which could control surrogacy arrangements.

Under Cyprus Adoption Law 19(I)/1995 an adoption order can be effected provided that the natural mother (the surrogate woman in this case) gives her consent (it should be given at least 3 months after the child is born) and the child has at all times during the preceding 3 months lived with the adoptive parents (namely the commissioning couple).

Section 5 of the Law 19(I)/1995 provides that in order for the Court to issue and adoption order it should be satisfied that, among others, the party(ies) applying for adoption have not agreed to give to any person any payment or reward or receive from any person any payment or reward for or in consideration for the adoption of a child. Finally, whether an adoption order would be affected is dependant on whether it is considered to be in the child’s “best interests”. The term “best interests” has an indefinite legal meaning. What is in a child’s best interests, is not easily determined. For example, the Court will have to decide whether it is better for a child to be reared by the woman who gave birth to him, whether the residential status quo will be disturbed, whether the adopting parents are not over aged etc.

In a situation where the surrogate woman is married and the child results from assisted procreation procedures with her husband’s consent, then the legal father is the surrogate’s husband and not the intended father. In this case both the surrogate and her husband should give their consent which cannot be given prior to the completion of 3 months form the birth of the child. Once this consent has been given the commissioning couple should apply for joint adoption of the child.

If an adoption order is made all the rights and obligations of the natural parents cease to exist and are transferred to the adoptive parents[2]. The adopted child will be considered for all purposes as the legal and natural child of the adoptive parents and in no case will be deemed to be the child of any other person[3].

With regard to the formation of a ‘Surrogacy Agreement,’ one should be extremely careful because is a contract which will provide for a matter that is not regulated under Cyprus Law. Therefore if something goes wrong, for example, the surrogate refuses to hand over the child then the possibilities for enforcing this Agreement are very little.

However, if the commissioning couple and the surrogate want to sign such Agreement then the key matters to be considered are the public policy aspects of this Surrogacy contract and/or Agreement. It should be borne in mind that as Cyprus Law stands now the commissioning couple will actually have to adopt the child to be born only if the surrogate gives her consent. Accordingly, the following points regarding a hypothetical Surrogacy Agreement should be noted:

According to the Adoption Law, the whole idea of adoption is that the placement of the child is dependent on where the child’s “best interests” lie at the time of the application. Therefore, a contractual decision before conception on who should adopt the child would be against the policy of the legislator to give equal weight to the rights of both natural parents.

The Surrogacy Agreement should not expressly provide for the destruction of the rights of one of the natural parents, namely the natural mother.

It should not guarantee the separation of a child from its mother.

It should not separate the child from its mother regardless of her wishes and her maternal fitness.

It should not be an agreement for the sale of a child. The only money that can be paid is to cover “reasonable expenses” of the surrogate woman.

In conclusion of this point, we are of the opinion that in a situation where the commissioning couple decides to proceed with surrogacy, then they should do so in the United Kingdom or in Greece where the matter is regulated by laws and regulations for the protection all the interests of all parties involved.

Legal regulation of Surrogacy in the United Kingdom

The said Act was enacted to prohibit the evil of commercial surrogacy.

Section 1 of the Act prohibits the recruitment of women as Surrogates and Section 2 prohibits the negotiation of surrogacy arrangements by agencies on a commercial basis. Advertising of or for surrogacy services is also prohibited (Section 3). Surrogates and the commissioning couple are exempt from criminal liability (Section 2(2)(a) (b)).

The Human Fertilisation and Embryology Act 1990

S. 27 of the Human Fertilisation and Embryology Act 1990 provides that “The woman who is carrying or has carried a child, as a result of the placing in her an embryo or sperm and eggs, is to be treated as the mother of the child and not any other woman”.

S.30 of the Act allows the commissioning couple to acquire parental status and rights, there are a number of conditions which need to be satisfied for such rights to be acquired:

The applicants must be married, with one of the being genetically related to the child (s.30(1)).

The application must be made within six months of the birth of the child (s30(2)).

The child must be living with the couple at the time the application or order is made (s.30(3)).

The Court needs to be satisfied that the couple and the surrogate mother have freely consented to the parental order being made (s.30 (5)).

No money or other benefits, apart from expenses, must have passed to or from the applicants, unless the Court authorized otherwise (s.30 (7)).

The legal position in Greece

The matter of Surrogacy is regulated in Greece under Article 1458 of the Greek Civil Code.

Provided that there is a written agreement between the commissioning couple who wish to have a child through surrogacy and the surrogate woman (including her spouse, if she is married) without any financial benefit from it, then all involved parties shall have to file an application to the Court, that they wish to undergo the specific procedure which shall issue its decision after establishing that the following requirements are met:

The woman who files the application and wishes to have a child is not physically able of having one.

The woman offering to be the surrogate mother is healthy and able to carry such a pregnancy and shall undergo a thorough psychological evaluation.

The embryos implanted to the surrogate mother do not belong to her but to the woman wishing to have the child or to a third party, being known as a donor.

The commissioning couple wishing to have a child as well as the surrogate woman accepting to carry the pregnancy should all be permanent residents of Greece.

Further the law provides that only after the relevant Court authorization allowing the implementation of the assisted reproduction technique has been issued, can the doctor proceed with the corresponding medical procedure.