What is Hyperspermia? Treatment and cure 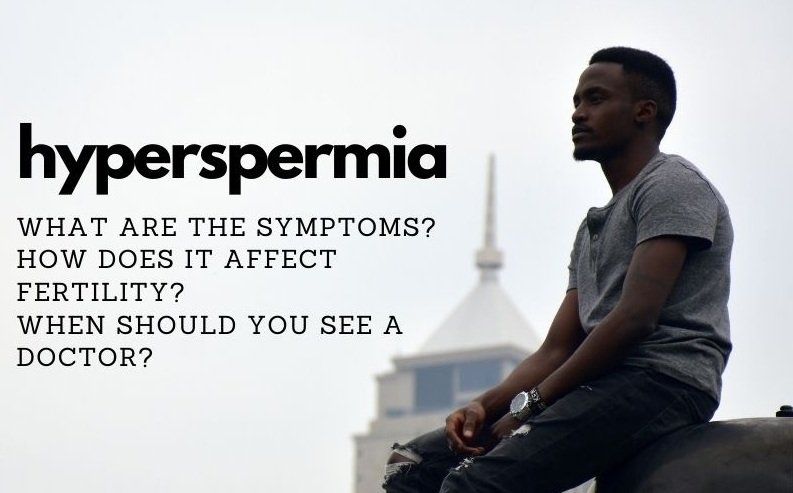 What is Hyperspermia? Treatment and cure

Hyperspermia is a situation where a man produces a large quantity of semen during orgasm. Often (not always) it has a low mortality rate, as normal sperm leaks with ranges between (2 to 5.5 ml) is rated fertile with a high sperm count. More extended sessions without ejaculation can create the semen to raise, leading to the freeing of higher volumes of semen when ejaculation. The expansion in the quantity of the semen may be due to the body producing more of the other fluids that make up semen. A man who has a higher sex drive also indicates hyperspermia, Semen is mainly a mixture of sperm from the testes and other fluids from the seminal vesicles and prostate. The penis ejaculates semen during orgasm, and these fluids help carry and fuel the sperm on its way to fertilize an egg.

Causes- Although Doctors are indicating this rare disease may be caused by Consumption of protein-rich food, use of steroids, sex pills to boost performance, Side effects of long-term medication, etc.

Treatment for Hyperspermia-As of now, there are no direct treatments considered for Hyperspermia, But Doctors will advise a course of medicines such as clomiphene citrate (Clomid) which increases sperm count. Furthermore, there is a procedure called sperm retrieval, which will extract sperms from your reproductive field. Once the sperm is removed, it will insert into your partner’s egg through in vitro fertilization (IVF) or intracytoplasmic sperm injection (ICSI). The implanted embryo will then be stored in your partner’s uterus to develop.

Note: If you have previously undergone IVF treatment and have been unsuccessful, we are here to help. For more information or to simply talk to fertility expert of the VinsFertility team, get in touch today by giving us a call on +91 9643264509 or via Email at- info@vinsfertility.com